I was playing Minecraft often in past days, and once again have came to thoughts that start from phrase "I wish there was...".
As result, I've got to 'playing around' with source of Zombe's ModPack.
This mod already adds some nice additions for single-player and survival multi-player, and most of my edits turned out to be experimental, or something that only I might see use of.
So, these are...

2021 edit: oh man, none of the images work anymore, and they aren't even on The Internet Archive! Here are rough equivalents that I could find in archives: 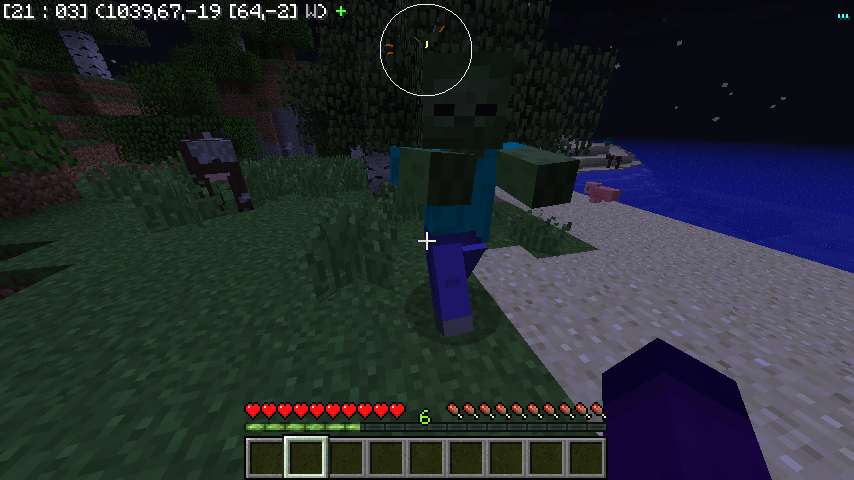 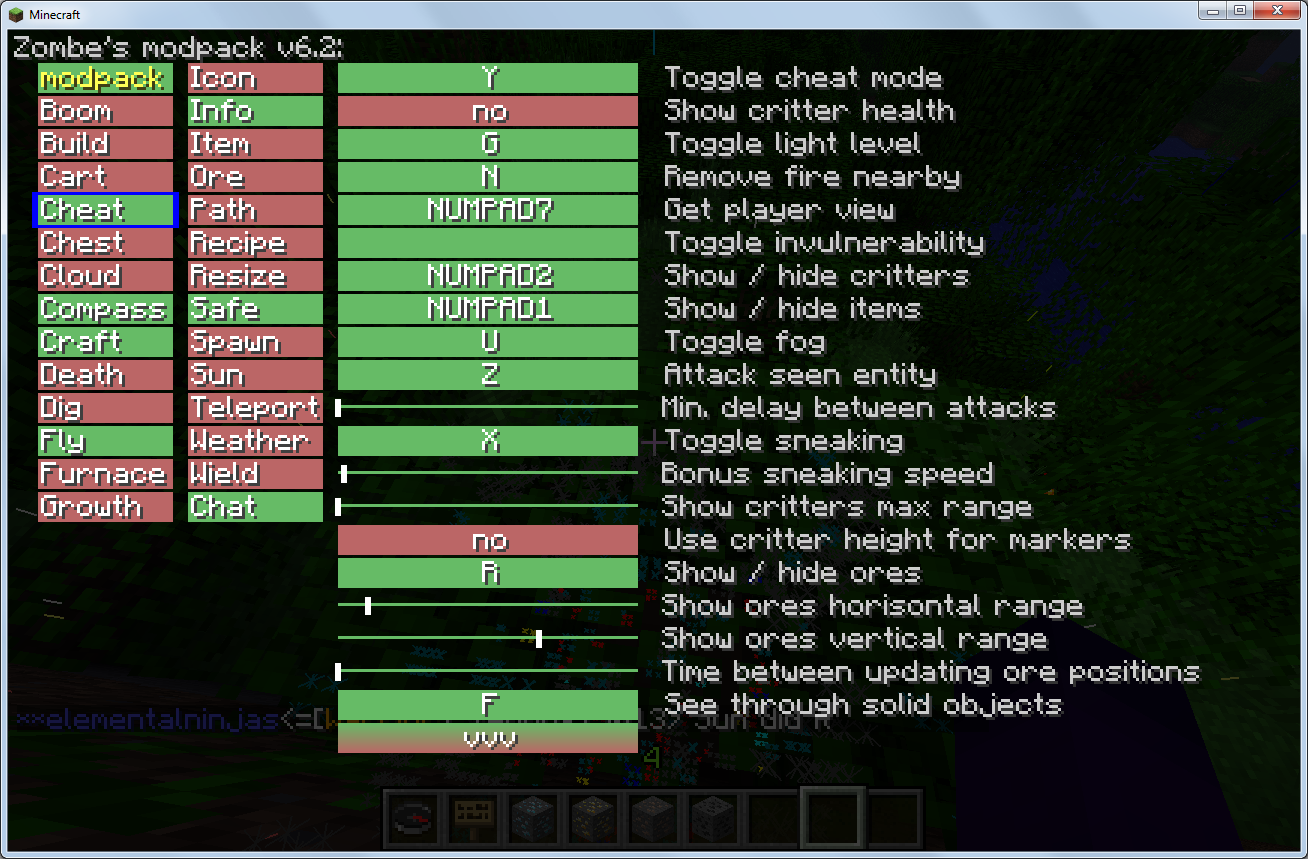 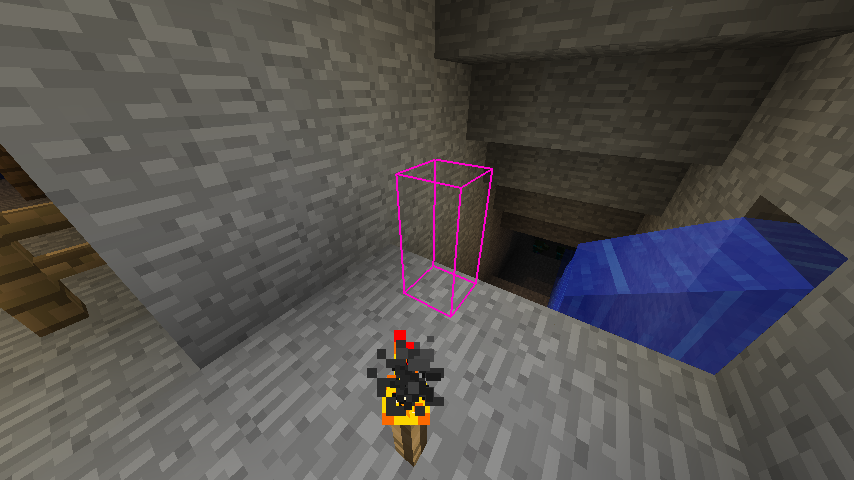 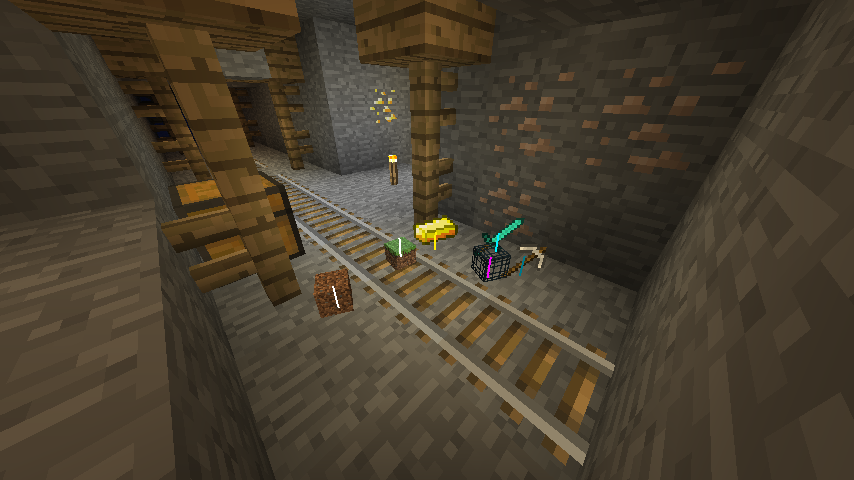 With right configuration, can even tell what tier the items are.

Similar to existing creature 'marker' highlighting, but well, for items.
Serves primary purpose of finding your death location, along with making it possible to efficiently scout open areas for items remaining from monsters/other players.

Effect (turned off / turned on)

Simplistic 'toggle' modification, which overrides fog type and distance to one in overworld.
Has the largest use if trying to find objects in water, lava, or near bottom of world, where additional black fog applies.

Adds a 'sticky key' for sneaking.
Can be considered very valuable for navigating sectors consisting of floating islands or unsafe bridges.
Since effect not 'wear off' while typing text or interacting with objects, it can be efficiently used for a lot of silly and\or cunning activities.

Possibly the only way to see your character running not from front\back.

Adds a sticky key for running and/or strafing and/or jumping.
Useful for getting over large distances without any dangers or major obstacles.
Personal use involves combining this with a not-well-known bug and coordinate scaling to travel over extreme distances via top of 'Nether' world.

Nothing to show here, but in short these are bind-able single-line chat messages that might be used too often to type them manually each time.

Adds a simple file-based way of communication between Minecraft and other software, enabling later to send text as chat messages to the game.
On screenshot, WorldEdit plugin is utilized to construct a circular ladder from platforms.
Commands are generated by earlier mentioned 'framework', now ported to GameMaker and Lua.
In contrast to previously used method of interaction with the game, this does not require window focus, and is only limited by server&client's ability to handle incoming text (in case of WorldEdit, sending lots of world modification commands will force additional updates for all nearby players, causing additional server load).