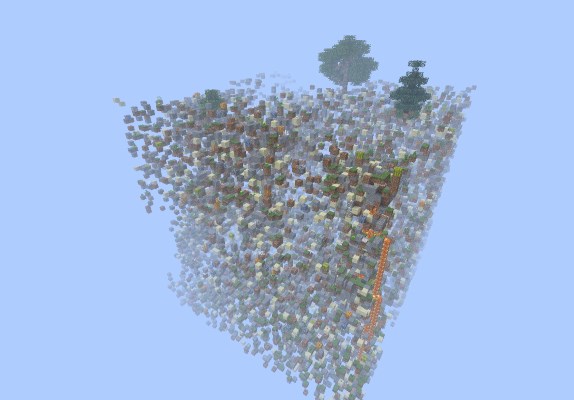 Continuing my previous experiments, the library converts series of conventional API calls (changing "brush" type, plotting single blocks, plotting regions of blocks) to WorldEdit commands. The commands are then fed to the game using a client-side plugin or even just AutoIt.

For a test, I wrote a script that generates a specific kind of world - as if smashed apart by asteroid impact with chunks of land left freely floating in low orbit. 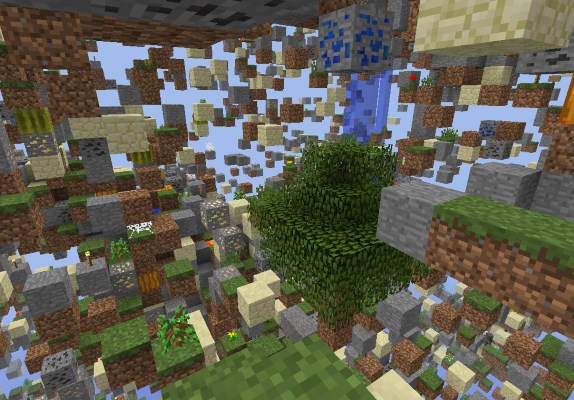 The blocks are placed in specific patterns, pulling some together to form concentrated "islands" while leaving other areas largely sparse.

Since this is done entirely through chat commands, large-scale structures can be built quickly and without interrupting people playing on the same server.

Being able to re-run the script with same or different RNG seed also means that you can reconstruct the thing later without manually making a backup: 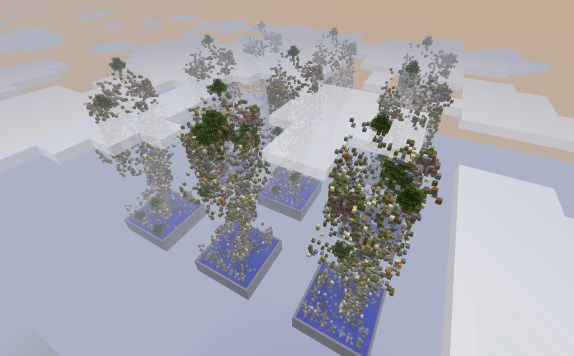 Overall, this was pretty fun, and I plan to experiment with generation further.

For now, you can download a map/savegame for this: