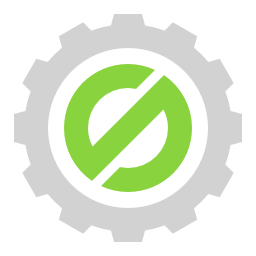 This vector icon was originally drawn by me as illustration for one of discussions I was participating in at end of April, which rolled from discussing GameMaker: Studio functionality to discussing it's current logo to making guesses how it could be made better and particularly if Windows 8 - like style would have worked for it. I'm not sure whether this is a good logo generally, but I think it could be useful at times when current 3d-looking Studio logo does not quite fit aesthetically.
To maximize ease of adaptation, scalable vector source file (SVG) is also included here.

(note: as of 2014 or so, GameMaker no longer uses this particular icon, but you can still use this I guess)

Also I've made a GameMaker: Studio HTML5' loading bar extension out of this logo, which looks like this: 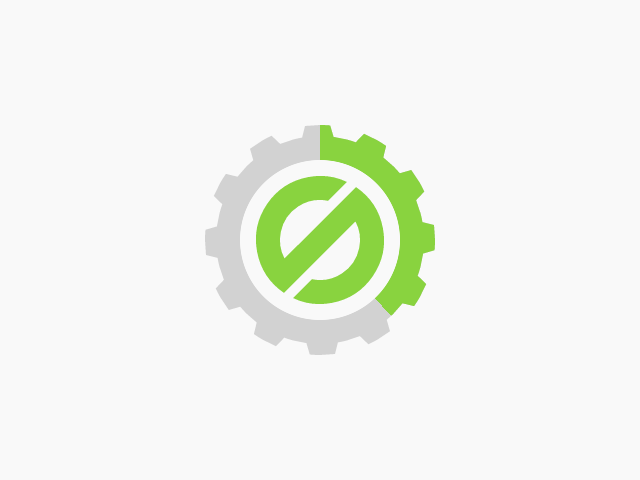 Being an entirely procedurally drawn (via HTML5 Canvas Path API) image, it does not obey the original proportions at one point (cog "teeth" are slightly narrower than they are in vector version) - this was left as-is since I've already spent a fair amount of time figuring out how clip rectangles behave across different platforms and browsers, and was a bit too tired to do further pixel matching on it. I may revise it later.
I think such preloaders are an option to give some recognizable style to default game outfit, similar to what is provided by other tools of this type. A gray loading bar on dark gray background does not look very exciting, from my point of view.
You can download extension, source code, or example project (with extension imported) below: