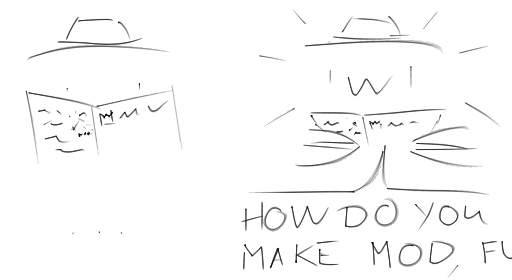 As you may or may not know, one of the key features of my "Nuclear Throne Together" mod is it's ability to load other mods. People made a number of these (older mods; itch.io category).

This post houses a small collection of links and FAQs on the subject. 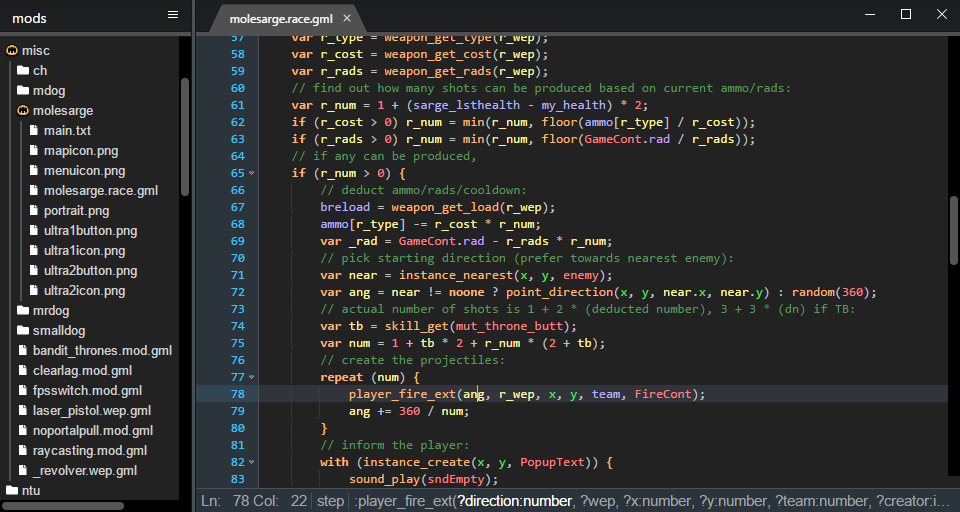 If situation permits, you can use GMEdit for Nuclear Throne Together modding - originally developed for use with GMS1/GMS2 projects, the tool had been since updated to support NTT-specific features.

Once installed (it's free), you can open a NTT mod directory by dragging your main.txt file onto GMEdit (if there's none, make a blank one) - this opens a mod directory as a "project" and you can consequently open your .gml files for editing by double-clicking them on the left pane;
This way it'll show you syntax highlighting and auto-completion for NTT-specific functions;
If you make changes to the mod directory and need the file list reloaded, you can press Ctrl+R.

The following are the things that you may want to take a look at when trying to make things work,

There was probably supposed to be something else to this, but this post had been sitting like this in my drafts for too long, and I can no longer recall.