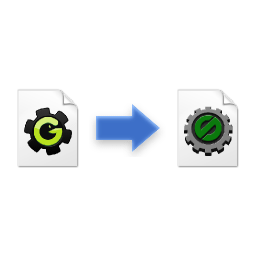 One of first questions ever when starting with GameMaker: Studio is how does one open pre-Studio GameMaker projects (such as GameMaker 8.1, GameMaker 8.0, 7, 6.x, 5.x...). If you got here from search, you probably already tried opening these by dragging them over the program window or attempting to pick these from "Open" menu which does not allow to switch file types. Thus you are probably thinking something in the lines of this now: 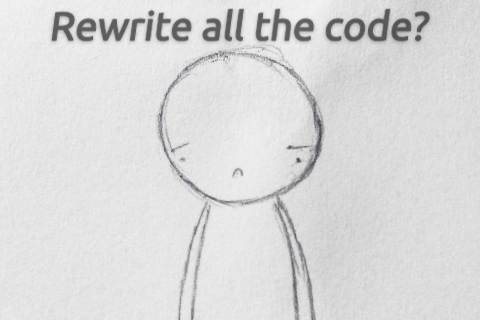 But no, of course it isn't that bad (why would someone do this to you?), and you can get your projects running in GameMaker: Studio by importing them. This posts explains how and why.

GameMaker used to be a pretty small program, developed in age of other small programs. For many versions projects remained single files with all resources packed within. And it all would be good, but single-file project structure also comes the other problem: access time. If project reaches many megabytes in size, whole amount of data is going to be re-written to harddrive whenever you save it.
GameMaker: Studio, on other hand, uses folder-driven project structure with separate files resembling information about separate resources. This allows quite faster I/O for larger projects, as well as enabling features like team collaboration. A downside is (obviously), that there folders of files are going to be stored somewhere.
I'd throw a guess that projects are not being converted into Studio format automatically to prevent spontaneous creation of more and more folders upon attempts to open files with GameMaker:Studio.

Despite of process being fairly straight-forward, many people still completely overlook it. Process is as following: 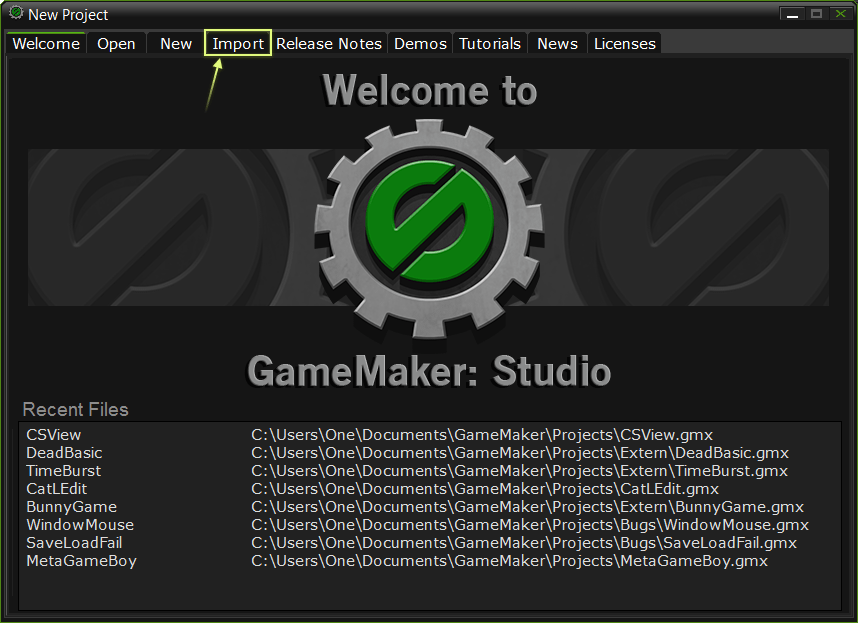 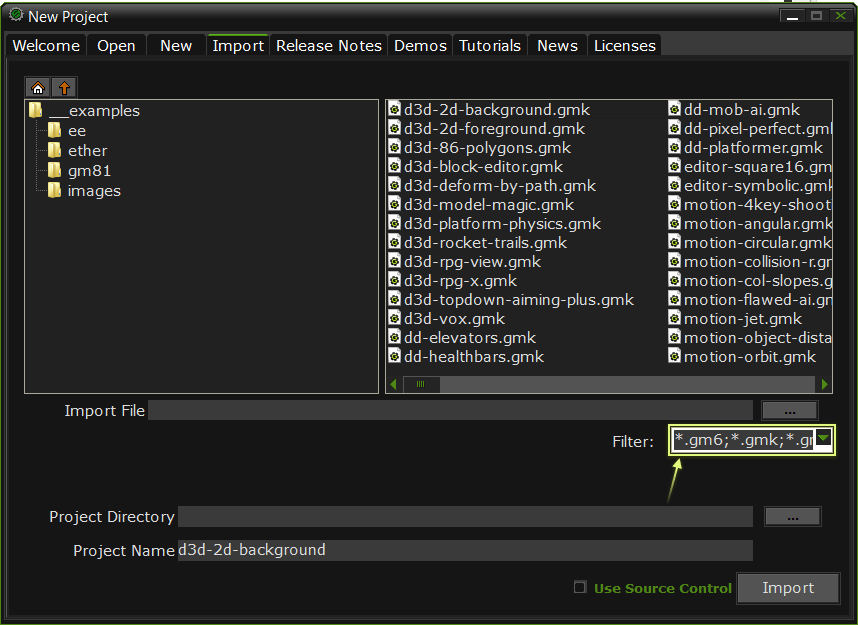 4. Either navigate to needed file using the interface, or click "..." button to open a typical file dialog.

5. Pick location "Project Directory" for your project folder to be created in. Maybe pick one where you could find it later.

6. Click "Import" to complete the process and import project file to GameMaker: Studio

A new window with now-GameMaker-Studio project will open afterwards.
It might not run without errors right away, but that's another story, and some time to be spent. But it's often totally worth it.
Hopefully this was useful.